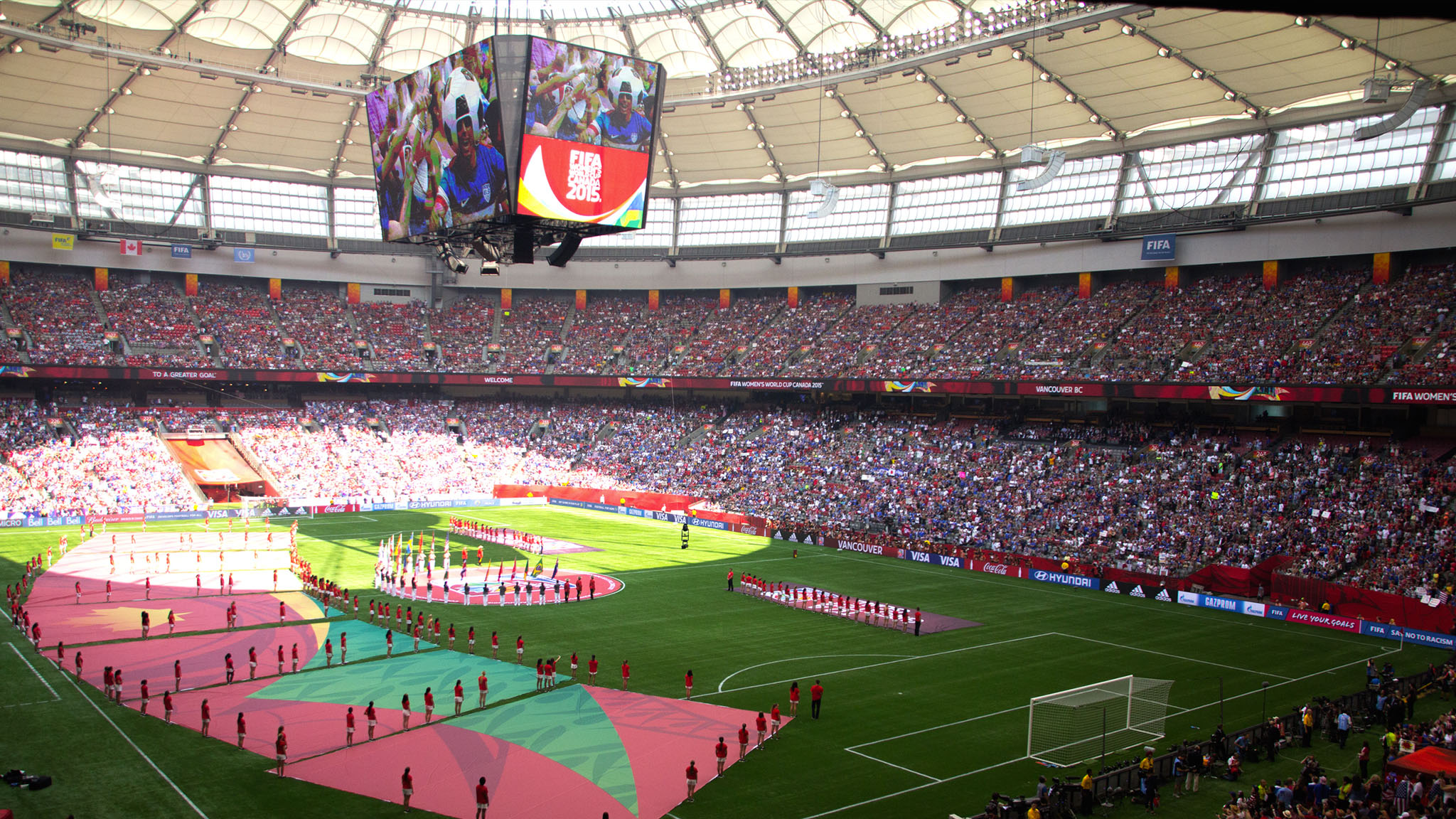 We partnered with FIFA and the Canadian Soccer Association for the 2015 Women’s world cup. Held in Vancouver last summer, we were responsible for creating all of the animations for all the stadiums banners across Canada with FIFA Branding. We had three months (May-July 2015) to complete a project that would be watched by thousands in the stadiums and seen by people around the world on T.V.

Because FIFA is a very high profile client, they were heavily involved in every single step of the process and their expectations were high. The visuals had to be high energy, subtle and somehow non-distracting to the crowd watching the game. The animations consisted of a series of loops that ran throughout every game and played on 3 different stadiums across Canada. A total of 30-35 loops were created from the beginning of the cup until the end of the world cup. Along with the regular loops, we also created an additional 10-15 videos for the championship celebration.

Every project has roadblocks. Whether they are process based or miscommunications, there is usually some sort of problem that needs to be solved. With this project, when we initially pitched our ideas, FIFA wasn’t fully aware of the exact type of banners they needed. Meaning what they thought they needed, was different than what they actually needed. What actually needed to be created for them were the Fascia Banner Animations, which at the time would be the first time anything like this was attempted for a world cup. 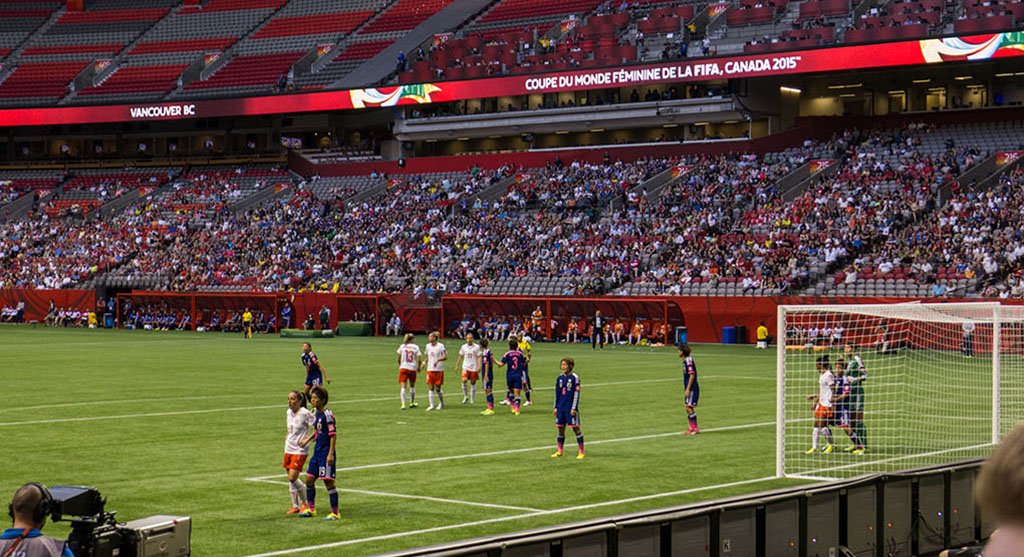 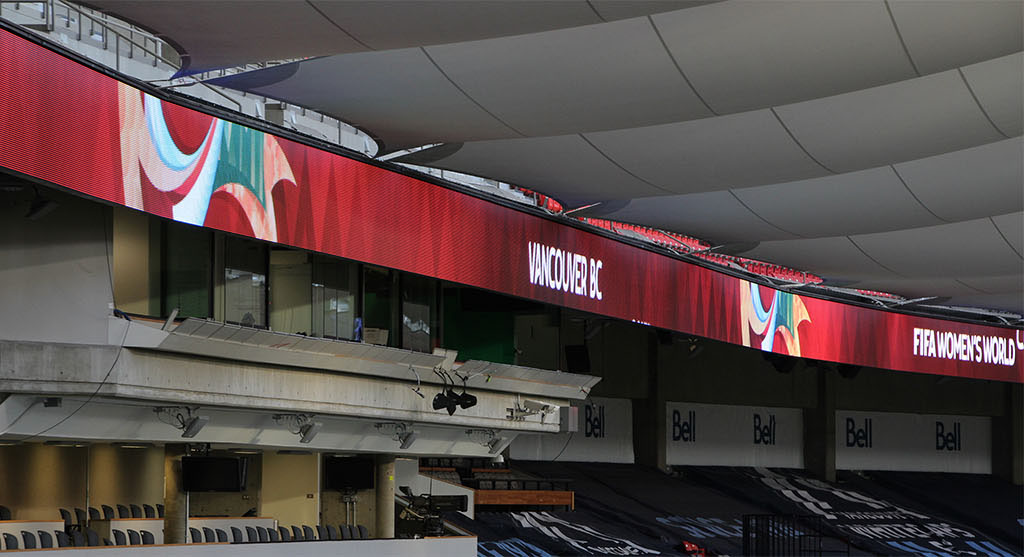 Previously, our experience creating animations for 360 degree stadiums fascia banners was essentially null. As a result we had to collaborate with the stadiums AV team in order to test, adapt and apply our visual assets to such a long canvas.

*(Fifa is very strict about its own branding and they were worried it would be very distracting so the alternative to our animations was to cover the LED banners with a printed canvas.)

Also, because there is no screen in the world that would give you such a format, we had to create a series of videos where we trimmed the dimension into 4 pieces. This would give us pre visualizations of the full animation. But even then we had a total of 9 different animations per game ( Pre-Game, During Game, Post-Game animations)

Another major issue occurred when the AV person from the stadium (who was running the visuals) mistakenly launched the animations that were made for the winning team before the final game was over. Which meant that in this specific game, the 2015 World Cup Championship winners were announced during the game. Luckily the USA were already winning 5-1 so the outcome matched the animations and no one was offended. 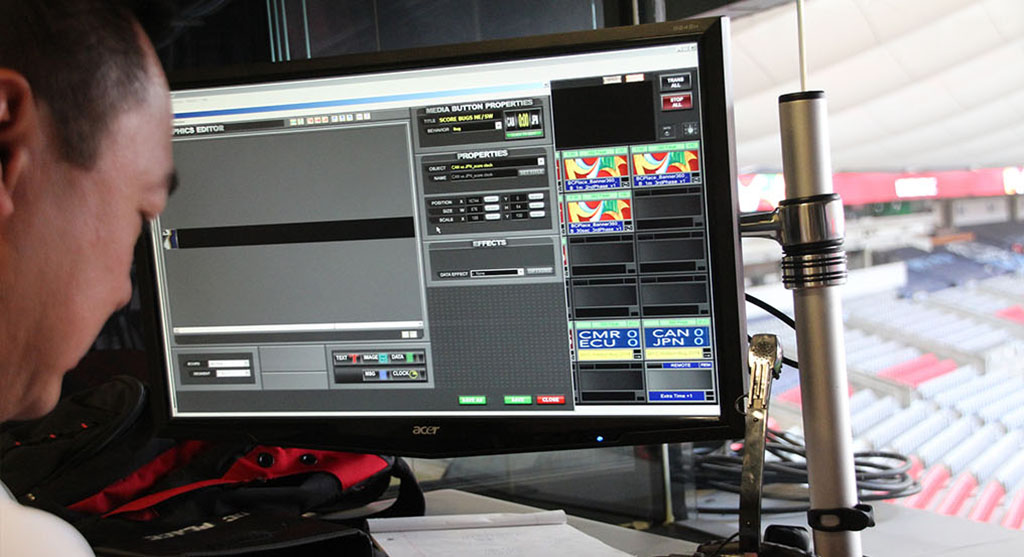 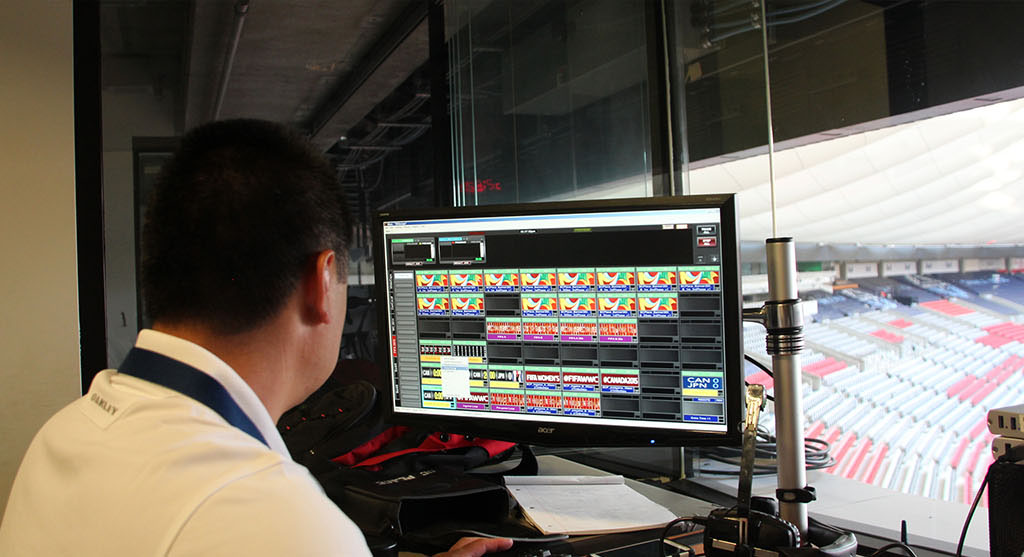 Working with FIFA, was a highlight of last year. We proved that our small team can handle world class events on extremely strict and short deadlines. Next time we take anything like this on again, we’d make sure we had more support (a larger team which includes a project manager or producer.) In the end we came into this project with no experience creating animations for 360 degree stadiums fascia banners and came out of it proudly knowing we nailed it.